[WoW] 9 reasons why you should give rated battlegrounds a try 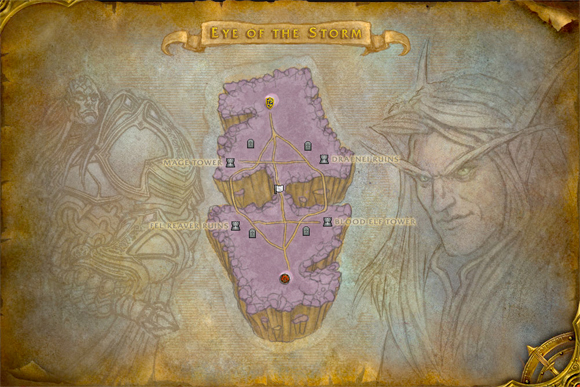 As someone who has played mainly PVE getting into PVP was a big step. However, I had the opportunity to earn over 5000 Conquest points in one week and buy myself 2 items which had better stats than anything that dropped from normal mode in Highmaul and were also comparable to heroic mode stuff since they had much better secondary stats on it.

I started using the new LFG tool to find some rated battleground groups. If you have trouble finding a group that will accept you, check back later for my other PVP article that will go online soon. After this first week I continued playing RBGs. Mainly because I needed additional armor pieces, but also because it was a lot of fun.

So here’s why you should give rated battlegrounds a try:

9. At the moment you can still use the PVP items to upgrade your equipment for PVE. For many classes (e.g. warriors) the equipment is much better than anything that drops in Highmaul and even some BRF items. So if you need to catch up or if you’ve simply had bad luck with drops, this is a good way to get the one or two upgrades you need to kill a certain boss. Also please note that PVP items work differently now than they did in the past. If you purchase an item-level 630 item it will scale up in a battleground to item level 670. The same is true for level 660 items, which will scale up to level 690. However, there are no PVP-only stats anymore (e.g. resilience). This means that all stats of a PVP item are useful in a PVE environment and you do not lose stats in PVE because you decided to wear a PVP item.

8. It is easy to catch up. PVP equip scales up to itemlevel 670, so if you have full blue PVP gear, you will have no problem to participate in RBGs. And blue PVP gear is really easy to obtain. It only costs Honor points, of which you can get an infinite amount per week and you even earn a lot of Honor if you lose a normal battleground. In my experience you need between 4 and 5 hours to earn around 10,000 Honor points. This is a little more than one day of raiding. Regarding Conquest points it is important to mention that you can only earn a specific amount per week. However, this cap works additive if you did not fill it the week before. E.g. my druid who is now level 96 could earn 8000 CP in one week – if I wanted to.

7. Rated battleground are fundamentally different from normal battlegrounds. If you have ever done PVE and experienced the difference between the current Raidfinder difficulty and the heroic mode of a raid you will know how completely different the same content can be. The same is true for battlegrounds and rated battlegrounds. Many of the RBGs I played ended with fewer than 10 people dying during the whole BG. If you have ever played a normal BG you will think this is absurd – or rather, it might change your view of PVP, which is suddenly not “everyone go in, die, go back in” anymore. Suddenly each BG has its own tactics and you need to look out for specific class mechanics, cooldowns and CCs. There is usually target calling involved and mechanics of a class that you normally would never use are now important as hell. It is a whole new experience that you should not miss.

6. As mentioned above you will start using mechanics of your class that you have never used before. Also you will use the ones you HAVE already used in the past in a different way. This will teach you a lot about your char and what you can do with it. If you have ever managed to heal a flag carrier a few times in Twin Peaks while dodging everything the opposing team throws at you and you ALSO managed to heal yourself and the people around you, you will have no problem getting the gold achievements in the Proving Grounds. The same is true for damage dealers: If you managed to switch through your targets to force cooldowns, burn out healer mana and and kill target after target, downing the sha in gold Proving Grounds will not be a problem anymore.

5. I guess this one is pretty obvious, but let me state it anyway: You need to react fast. While this will be stressful at first, your reflexes will sharpen and your reaction time will go down. You will improve not only the use of your mechanics but also the speed in which you execute them. After a while, standing in fire in PVE will never ever be a concern again.

4. You will broaden your mind. I admit that there is a reason for the cliché of the PVP player as a CS kiddo. However, not all PVP players are the same. If you look at this from a PVE point of view, not all PVE players are backpaddlers or have slow reaction times. But most prejudices don’t come out of nowhere, because they are at least a little bit true in their core. PVP players are fundamentally different from PVE players. They are neither better nor worse, they are just different and in my opinion it is always exciting to meet new people and explore new ways of thinking.

3. As mentioned above, there is a reason for prejudices. But not all of them are true (especially the bad ones). While you will recognize that some of your prejudices were right, you will also realize that many of them were dead wrong. And this is really important for yourself as a human being.

2. You can get Achievements and YOU WILL LEARN TO ANTITAP, ANTITAP, ANTI- AAAAAAHHHH HOW COULD HE TAP THAT FLAG??